Frame Drummers, want to learn some new grooves from around the globe?

There are a total of 12 instructional videos with a running time of 96 minutes.

A culmination of techniques and practices learned in my course Frame Drums 101, all grooves start with a simpler base pattern and are then built upon (embellished) with various added tones and techniques.  This allows you to go at your own speed and move on with more embellishments when you are ready.

All videos have the text embedded on the screen.  If you are not familiar with my notation or advanced techniques like Glen Velez Fast Fingerings or Split hand, you may want to check out a month or two of Frame Drums 101 to get up to speed.

The GROOVE BASET is very popular with current 101 students so I wanted to make it available to all.  This is a one time payment and you will have access to the GROOVE BASKET for one year.

If you are enrolled in Frame Drums 101 there is no need to purchase this additional course. 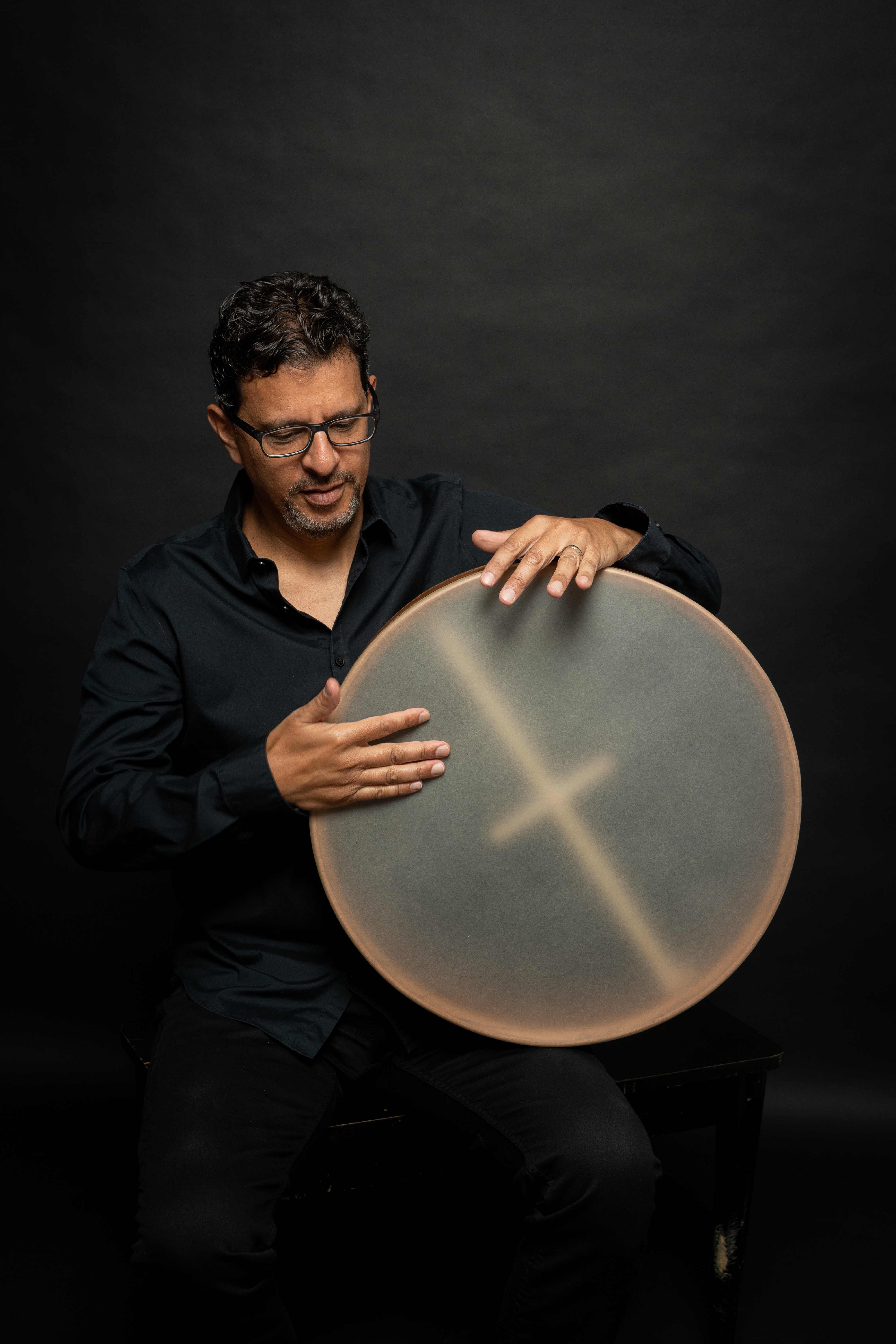 Yousif Sheronick has performed around the globe to critical acclaim, genre hopping with leading artists in the classical, world, jazz and rock music arenas. The New York Times hails Yousif for his “dazzling improvisations” and his “wizardry on a range of humble frame drums”. Of Lebanese descent, Yousif was recently featured in Drum! Magazine highlighting his versatility in an article titled “At The Corner Of The World”.In demand as an educator, Yousif teaches private lessons and classes at his home in New York and has conducted residencies and master classes at top universities including Manhattan School of Music, University of Michigan, University of Kentucky, the Queensland Conservatorium and National University in Australia.Yousif’s unique skills in both World and Classical music have led him to perform with Philip Glass, Yo-Yo Ma, Laurie Anderson, Lark Quartet, Ethos Percussion Group, Branford Marsalis, Sonny Fortune, Cindy Blackman Santana, Glen Velez and Paul Winter. His many musical influences are highlighted in duoJalal, his venture with violist and wife Kathryn Lockwood.A major force in bringing world percussion into contemporary/classical music, Yousif has had the luxury of working with composers Evan Ziporyn, Derek Bermel, Kenji Bunch, Lev “Ljova” Zhurbin and John Patitucci, all of whom were eager to compose for his exotic instruments.As a composer and arranger Yousif has contributed several solo and ensemble works resulting in performances of his music around the world. He has arranged several parts for his collaboration with the Lark Quartet including John Adams’ “Book of Alleged Dances” which was released on Bridge Records. His producing credits include a solo CD and two instructional DVDs. “A testimony to his genius” raves Modern Drummer Magazine about Yousif’s CD Silk Thread, and Rhythm Magazine (UK) says Yousif’s Riq Instructional DVD “is a must to uncover the mysteries of this ancient instrument.” He has appeared throughout North and South America, Europe, Middle East, Asia and Australia.Yousif gratefully endorses products from Cooperman Drums, Sabian Cymbals, Innovative Mallets and Pearl/Adams.Visit his website at:  yousifsheronick.com